The chant - that rapid-fire, quick-cadence combination of numbers, words and sounds that keeps an auction clipping along - is one of the most identifiable features of auctions and auctioneers.

Fascinating, sure. Remarkable, undoubtedly. Exciting, obviously. But what the chant is in its simplest form is communication. It's an auctioneer's way of telling bidders what they need to know regarding the sale of a particular item at its time of sale. And, because an auctioneer's job is to sell the most amount of property quickly, the chant is frequently fast.

Newcomers to auctions are sometimes confused by the auctioneer's rapid speech and mistakenly feel the auctioneer is saying words and sounds that aren't meant to be understood. Although the most widely recognized talent of the auctioneer is undoubtedly his or her ability to talk fast - the first thing people should know about auctioneers is that their main job is to communicate, and if the audience cannot understand him or her, the auctioneer is not doing a good job.

This method of rapid talking is called the auctioneer's chant. No one seems to know for certain when or where the rhythmic chant used by most North American auctioneers originated. it just seems to have evolved of necessity as auctioneers saw the need to sell items in a more rapid manner. The chant is a tool the auctioneer uses to hold the audience's attention and to keep the auction moving at a steady pace.

Unlike other types of sales, an auction is a one-time event where all the customers are present at the same time. Thus, the auctioneer is responsible for selling all the items within a few hours, and his or her use of the chant helps keep the items moving, in simplest terms, the chant is merely a series of numbers connected by "filler" words to give the buyer time to think between bids.

'The chant is part of what makes an auction so unique," said John Roebuck, CAI, AARE, president of John Rocimek and Associates, Memphis, TN. "And though professional auctioneers are much, much more than fast talkers, the chant is one of the most intriguing parts of an auction to many people."

Using filler words that connect and roll, auctioneers create a steady rhythm in their chants. The rhythm enables the crowd to listen longer and faster by keeping the bids at regular intervals. This helps the bidders know what to expect next and to keep the bids coming at a constant pace.

Besides keeping the auction moving, the fast-paced chant creates excitement and makes the auction environment entertaining. Auctioneers will adjust their pace, depending on the bidding experience of their crowd. After all, the auctioneer can only chant as fast as the bidders will bid. Next time you attend an auction, concentrate on the numbers in the auctioneer's chant. The numbers are the most important part of the chant, and are pronounced the most clearly. The chant is only hard to understand if you are not concentrating on bidding for an item you want to take home! 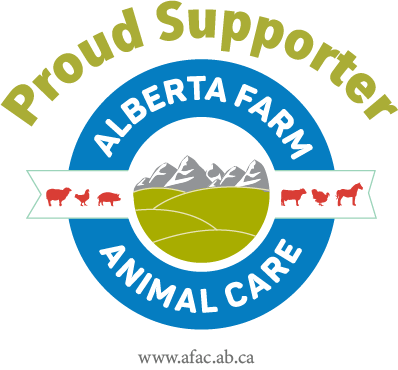 We are a proud supporter of Alberta Animal Farm Care!